Saw many interesting things on Ye Olde Road Trip this past week. I saw, especially, a lot of this: 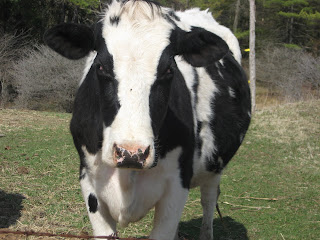 And listened to a lot of music on the radio, and asked myself for the ten thousandth time, what was so great about 1984 and why do so many Upstate New York radio stations refuse to move past it? (See this for fuller explanation).

And wanted several times to pull over to the side of the road and shout: “Here me, O People of Upstate New York, Tyvek house wrap was never intended to be used as permanent siding for your homes!”

But without question, the oddest thing I saw was a plain old, fenced in horse paddock that contained – not surprisingly – horses. Lots of them. Standard colors – mostly brown. And there in the center of the paddock, grazing all by his lonesome, was a zebra. Had to look twice or thrice to make sure I wasn’t imagining it. But, yes, it was a zebra. It’s not like you can mistake a zebra for anything else.

I’ve been thinking about that zebra all week. How on earth did it get there? Does it know it’s a zebra and not a regular horse? Do the other horses treat it any differently? Does it revel in being different or does it sometimes wish it could pass for a plain brown horse because it gets tired of people asking what it does for a living?

You know what? There was a time in my life I didn’t tell anyone I was a writer. I forget why it was important that people not know this about me. I guess I just wanted to pass for normal. Actually it wasn’t so much that I wanted to pass for normal, I wanted to BE normal and have a normal job and not be afflicted by this writing thing. Let’s be honest, folks. Who among us has not wished that law school held as much appeal as sitting alone at the computer, trying to silence the voices in our heads? Sometimes it’s hard to feel like the world of normal is passing you by. Sometimes you can’t help but wish you didn’t have these damned stripes on your back.

But you can’t change what you are. When you're a zebra, you're a zebra. And sometimes you’re a lonesome zebra standing in the middle of a horse paddock. Not normal in the least, but then again, nobody ever said being a zebra was easy.
Posted by Unknown at 10:13 AM