Did you hear that? That snide, obnoxious, sing-songy voice.
I just want to slap that guy. 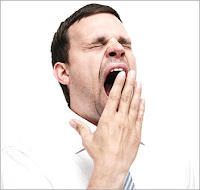 Do you have an inner voice like this? Some jerky, insensitive dude who tells you that what you’re writing sucks to high heaven or worse, that it's so, so very boooooor-ing?
I don’t. Of course I don’t. My inner voice is kindly and encouraging, doting even. A cross between Mary Poppins and Oprah. It wants me to succeed and irons my pinafore and tells me which eye shadow is most flattering for my eye color and why I’m never gonna find lasting love down at the club.
Ha. I wish. Instead I get Snarky Guy, who thinks he knows everything about everything.
But that’s OK, that’s OK. He can put his feet up on my coffee table and spit sunflower seed shells around the room. Little does he know, he’s actually helping me.
I didn’t start out writing for young people. I started out writing for adults. So when I switched to writing for a younger audience, one of the hardest things for me to master was the accelerated pacing. I was still accustomed to the comparatively leisurely ramping up that you do in stories for adults.  And the digressions. Gosh, they haven’t yet made a tangent that I wouldn’t go on. I always have my bag packed in case of unexpected tangents.
But now I’ve got this cool kid in the third row of my brain who lets me know when he’s bored because I'm not moving fast enough, and even if he can’t offer me any helpful suggestions about character development, he can at least act like a sort of canary in a coal mine. ‘Cause boredom is very much like a noxious gas. Sometimes you can’t smell it or see it but before you know it, an epidemic of pantlessness ensues -- 'cause you've bored them off everyone.
I picture narrative as a big pick-up truck bumping along the road, and I’m the driver. The back of the truck is filled with readers, and if I hit too many potholes, those readers are going to fall off right onto their heads. Splat! (“Lost another one on that last plot twist. Damn.”) And of course if I go too slow, those readers are going to jump off like it’s a lame-o hay ride. And you never want to arrive at your destination only to discover that it’s just you, your coonhound, and a bald spare tire in the back. No, you want to keep your riders happy and even be picking up hitchhikers along the way like a sociopathic loner who doesn’t know when to put a stop to an overworked metaphor.

This is why Jerky Bored Voice is helpful to me whether he realizes it or not. Whenever he pipes up, I just toss a grenade into the narrative. You know, something to mix it up and keep things interesting. Also, people – even imaginary ones – usually have the good sense to flee when there’s a grenade around. So those grenades definitely serve the purpose of moving the story along at a good clip.
Of course maybe you guys don’t have this problem like I do. But if you do, how do you respond when your inner Snark Meister tells you that your story is boring his ever-living pants off*?
Posted by Unknown at 6:00 AM