The Next Big Thing: My Version of It, Anyway


Oh, Lordy! What a couple of weeks it’s been! 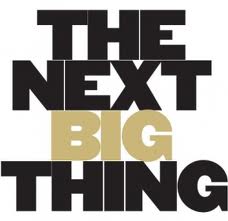 It’s a good thing I don’t blog for a living or else I’d have fired myself for not showing up to work or showing up but only after rolling in three hours late wearing the same clothes I had on the day before.

But, listen, I’m going to make it up to you by doing something I’ve never, ever done on the blog before. I’m going to tell you what I’m working on.

Usually I’m all, like, hunched over my desk, cackling away. And occasionally you see a small cloud of smoke and maybe get a whiff of some sulfurous potion I’m concocting, but I never actually say what the heck I’m doing over here.

But as part of The Next Big Thing Blog Chain, I’m going to answer several questions passed along to me from the lovely Meghan Ward over at Writerland, who you should follow on Twitter if you don’t already, and go check out her NBT post, which is very cool.

So here we go:

What is the working title of your book?

For the moment it’s called Inamorata. However, my Critquer-in-Chief has already told me that she doesn’t like that title so it will probably get changed at some point ‘cuz if I make her mad, she inserts random punctuation into my ms when I’m not looking, and no one, but no one, wants a random colon in her book.

Where did the idea come from for this book?

I fell in the bathroom and hit my head on the bidet, and when I came to, voila!

OK, the less wise-assy answer is 1) I don’t even have a bidet because, come on, what’s that all about? And 2) I have no idea where most of my ideas come from. And usually when I AM able to trace the inspiration for something, the entire thing morphs into something that I never expected it to be. So, yeah, my inspiration always seems to mutate like some virulent strain of influenza.

What genre does your book fall under?

How long did it take to write the first draft?

I won’t know until I actually finish the first draft *ahem* BUT if it follows the usual pattern, about 4 – 6 months.

What actors would you use for a movie rendition of your book?

What is a one-sentence synopsis of your book?

Sixteen-year-old Giselle DeLancey must save herself and her land from the catastrophic effects of a magic spell placed upon her by a mysterious traveler with ill intent.

Will it be self published or represented by an agency?

Who or what inspired you to write this book?

I’ve been thinking for a while now about creating a story set in an alternate world. Something familiar in many ways but different enough that I can set my own rules and create strange beasties. (The creation of strange beasties is really what it’s all about for me.) This story has a definite fairy-tale sort of vibe, especially since it features a rather burdensome enchantment that would seem to be a good thing but, as it turns out, isn’t. At least not for my particular MC.

What other books would you compare this story to within your genre?

Hmmm, always a challenge, this question. I’m going to describe this as Taming of the Shrew meets Graceling.

What else about your book might pique the reader's interest?

There's this group of nuns with an unorthodox approach to piety that takes my MC in, protects her, and teaches her how to defend herself. Who doesn’t love a kick-ass nun?

And there we have it, folks! My Next Big Thing.

Now, the rules of this here blog chain say that I’m supposed to tag five other writers to participate and I may or may not do that. There’s only so much Spirit of Cooperation that I can muster on any given day. How about you? Would you like me to tag you next? If so, let me know in the comment box, WHICH, as we all recall, is accessed by clicking on the post title.